To cap off a great month of progress, we have one more round of builds for October. This was going to be a solely bug-fix build, but amazing work kept on rolling in and I’ve decided to get these new features out to you now rather than wait until November.

Building on top of my work on the magic & effect system, Allofich has wired up foes to hurl spells back at the player. This means ancient liches and vampires are serious threats again, imps are more than just a nuisance, and scorpions and spiders will just wreck your happy feelings with paralysis.

A lot of work was required in enemy AI to select spells based on touch or range. Enemies might stand their ground and hurl a fireball, or approach and attack player with a touch spell. And unlike in classic where the monster’s entire payload of spells are released instantly, they now make more intelligent decisions and release spells at sensible casting intervals. I can’t put into words just how amazing Allofich’s work on this has been. Magic in Daggerfall Unity suddenly doesn’t feel quite so one-sided, and magical encounters have become very dangerous again.

Here’s a short video where I pick a fight with some denizens of Mannimarco’s lair. Everything goes about as well as expected.

The Notebook feature (default key N) didn’t really do anything in classic Daggerfall and did not exist at all in Daggerfall Unity until now. This is one of those features I didn’t know how much I needed until I actually played with it. In typical Hazelnut fashion, he hasn’t just implemented a basic notebook, he’s completely upgraded the quest journal and carefully thought out how everything fits together. Here are the highlights of using our upgraded journal.

If an NPC drops an interesting rumour in conversation, hit “copy to logbook” button to make a note of it. You can copy just the most recent message or the entire conversation if you want. 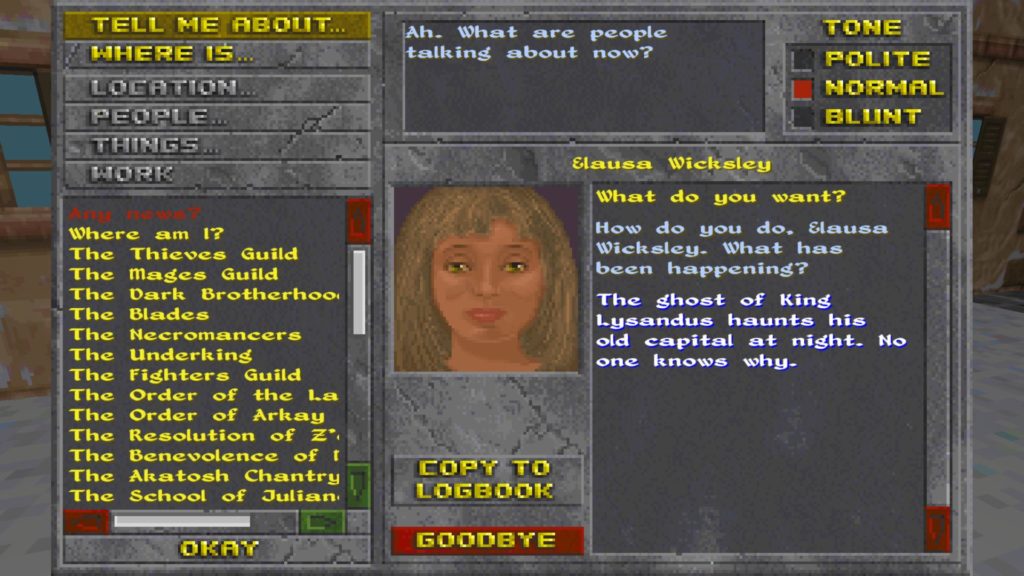 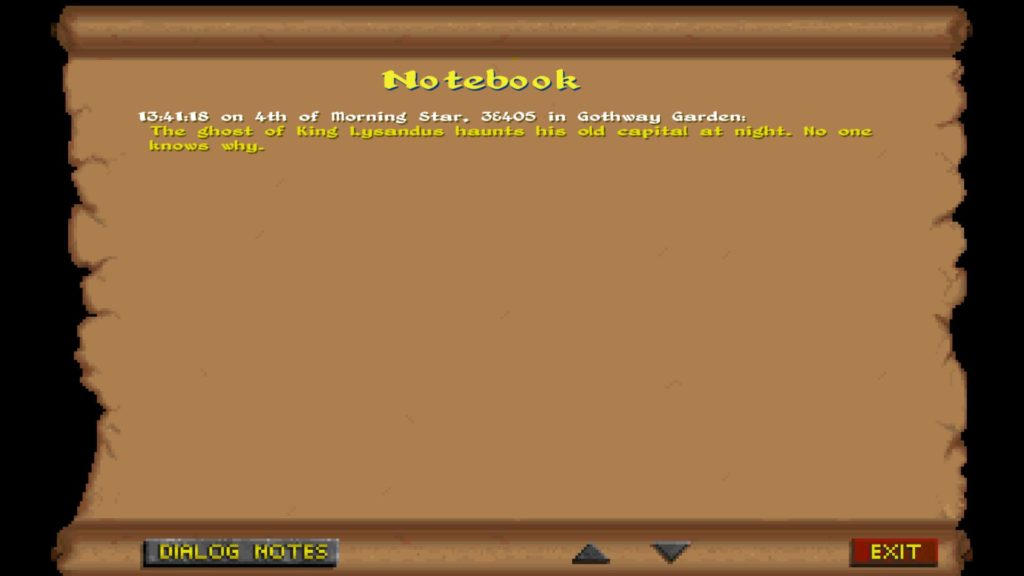 My favourite new feature is the ability to click on an entry in Active Quests to initiate fast travel to that location. This is a huge quality of life improvement over remembering name and entering it into the “find” box on travel map manually. Just click the journal entry and hit Yes to load up the location for fast travel. 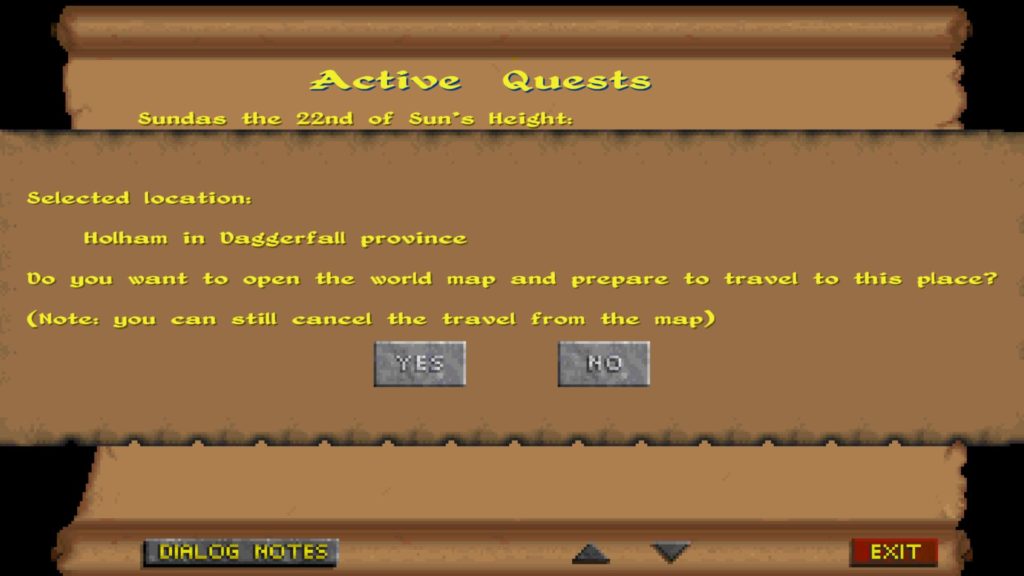 Rather than vanish forever, you will now have a record of quests you’ve completed. This is nice way to look back and see what you’ve achieved with the character so far.

Sometimes you will find maps in the game, or they will be given to you as a reward from a quest. Up until now, you’ve had to write these down and track yourself. In a perfect example of rounding out a feature, Hazelnut’s upgrade will track maps given to you from all sources. This feature even required improvements to quests, there’s no question he went the extra mile on this one. 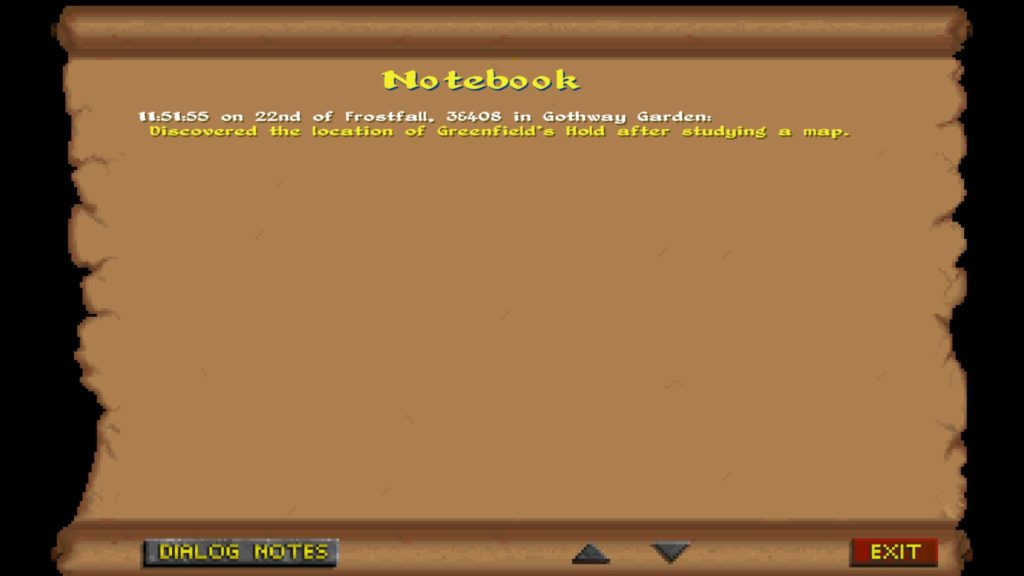 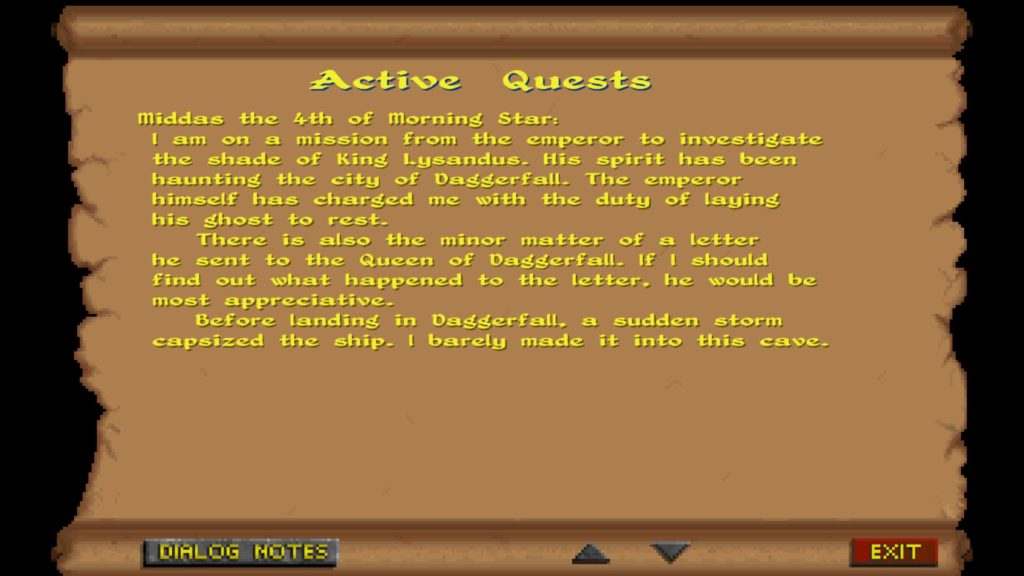 A small but very nice feature is an arrow counter next to compass for archers. This is on by default, but you can toggle off using Enhanced > Interface > Arrow counter in startup UI. 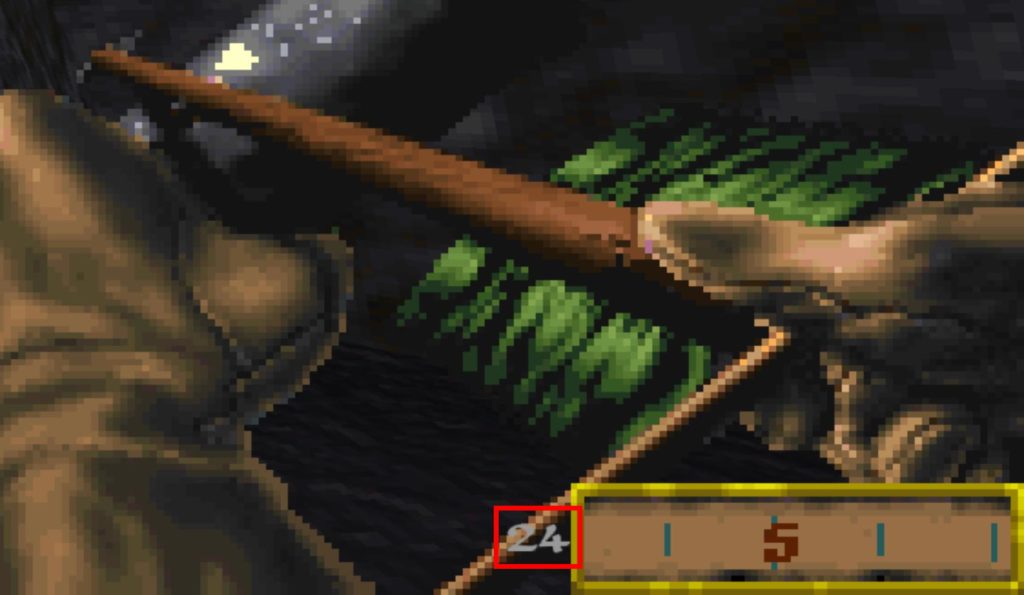 This feature is off by default and can be enabled from Enhanced > Interface > Geographic backgrounds. It repurposes the racial background portraits to instead display based on where the player is in the world. Here are some examples: 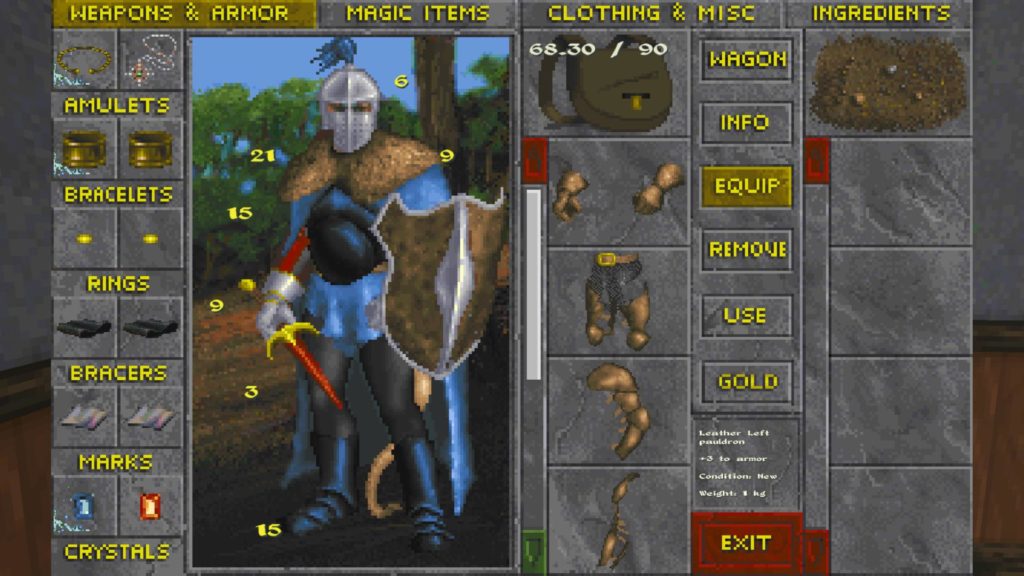 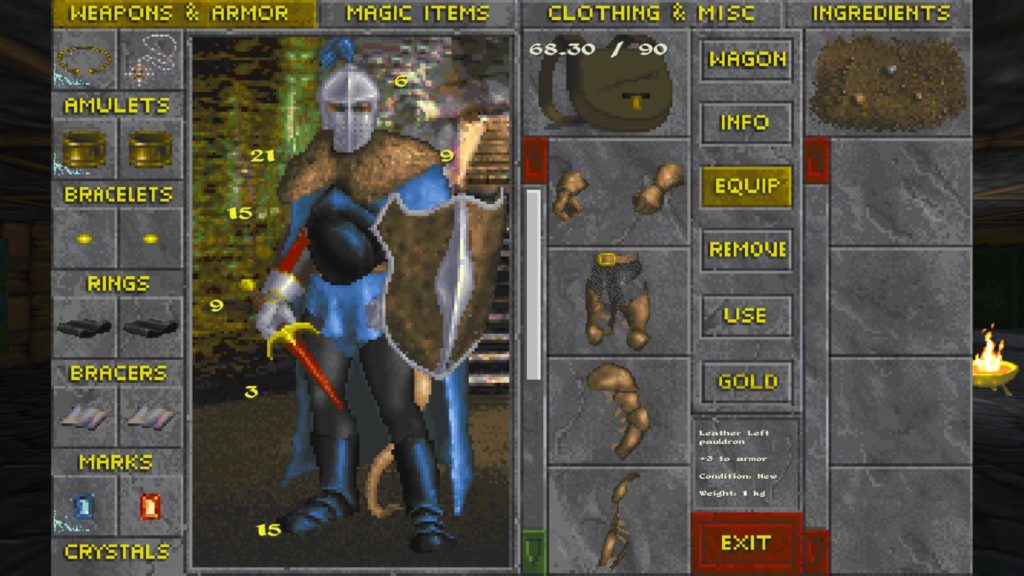 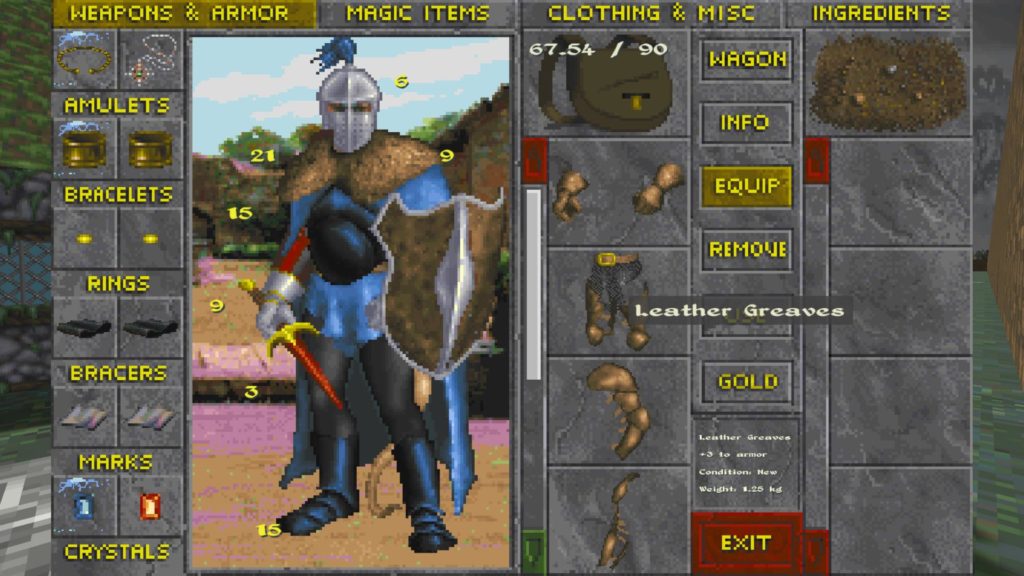 This feature so seamlessly reuses those background portraits it’s hard to not believe they were designed for this in the first place. This feature was created after a suggestion by Helegad in this forum post.

Other than new features above there are many smaller improvements in this round of builds.

And a good number of bug fixes too! Thank you everyone for pulling together and prioritising bug fixes, the game is better every day thanks to you all.

After such a huge month, I’m taking a short break from the magic system and will instead prioritise several fixes to gameplay and quest system. We must have a nice tick-tock between adding new features and fixing problems. And after so many ticks in one month, we really need to catch a breath and just settle into a stable build. This means the next month or two won’t be quite so flush with new gameplay features, instead they will continue to improve the experience we have so far.

I feel this release is probably very close to 0.5 stable. We’ll be rolling into 0.6 very soon, which kicks off the final push to feature parity with classic Daggerfall.