Happy New Year everyone! It’s great to be here in 2019 at last. This will be the year that Daggerfall Unity steps out of pre-alpha into alpha, and reaches feature parity with classic Daggerfall. If you haven’t seen the Roadmap page lately, it’s time to take another look. There aren’t too many items left now and no major systems remain to be developed. Everything that’s still to do is just a small part of an otherwise finished system. Even the Quest System and Effect System roadmap pages are looking very green these days.

With a busy end to 2018, I didn’t make time to put up change notes for the Live Builds released on 20 December 2018. I think its a good idea to address these changes before dropping the next release, or solid contributions from our developers aren’t going properly credited. Let’s start with the highlights of new features from 0.6.1 Stable and 0.7.2 builds. I’ve tagged anything introduced in 0.7.2 with [0.7].

Upgrades to the optional Advanced Climbing system allows skilled climbers to hang from ceilings and eaves, and climb around on ceilings. This rounds out the other Advanced Climbing features such as sideways movement on walls and climbing around corners.

Enemy mobiles have learned a few new tricks, and it’s a bit harder to trap them on the environment now. In addition to moving around static and dynamic obstacles, they’re smart enough not to walk off high places. While this isn’t perfect yet, it’s still a big improvement over classic AI. In other news, enemy AI is now capable of bashing open locked doors to reach the player!

If you enable “item based player torch” in startup settings > Advanced > Enhancements, you can finally make use of those lanterns, torches, and candles in General Stores. Lanterns and torches can be refuelled using oil, also found in General Stores. If you make dungeons darker with the ambient light settings on the same Enhancements page, this adds a nice RP touch to dungeon delving. It can be quite tense knowing you’re running out of lantern oil and about to be lost in the dark. 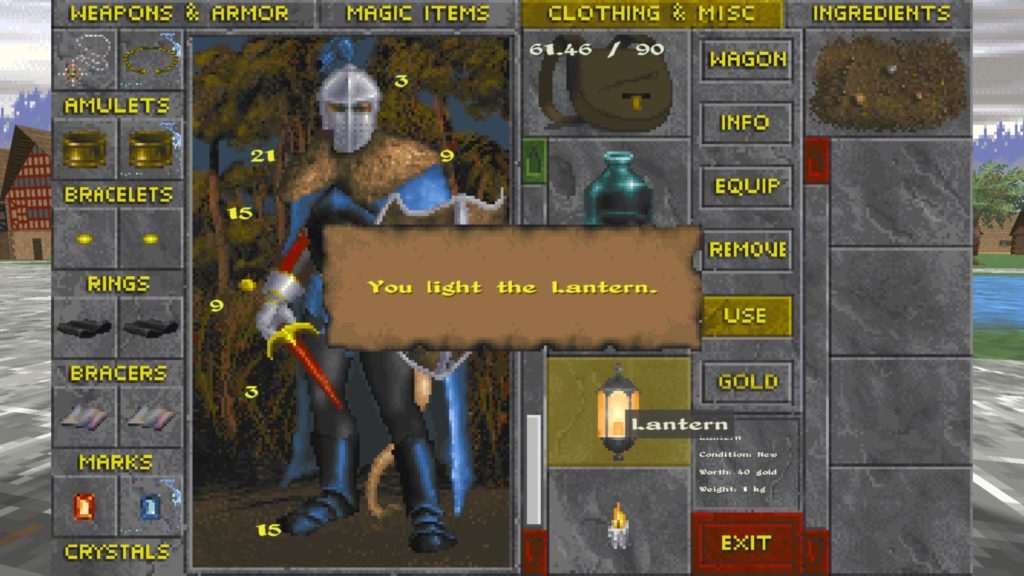 This is a big one! All potion recipes and effects are now supported in game, along with the crafting UI to make them. As a Daggerfall Unity quality of life feature, like-kind potion will stack. 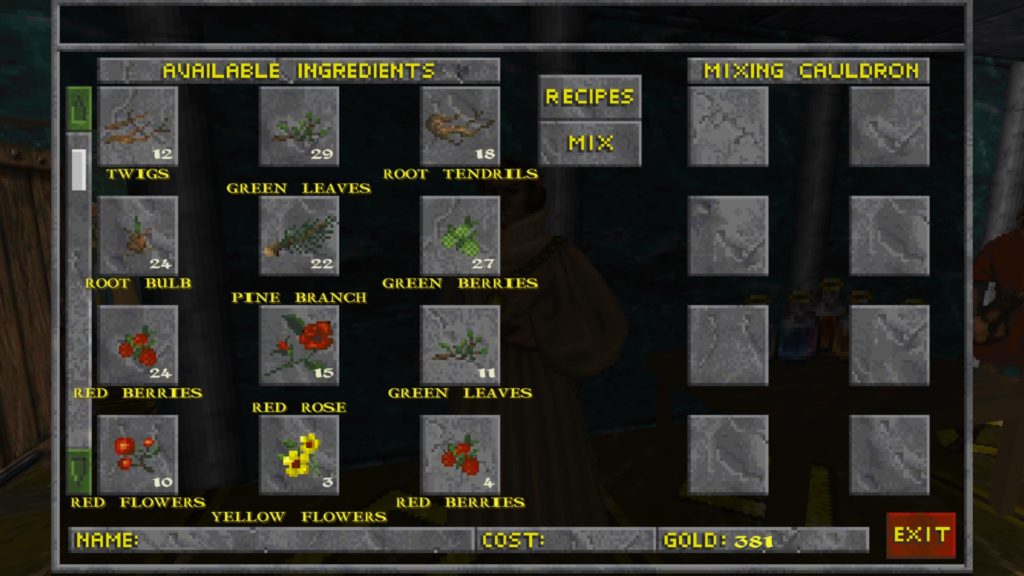 Combined change notes for 0.6.1 Stable and 0.7.2 follow. I’ve sorted by author this time rather than tag each item individually.

That’s it for now! A new release will be available soon with a whole new round of fixes and new content.