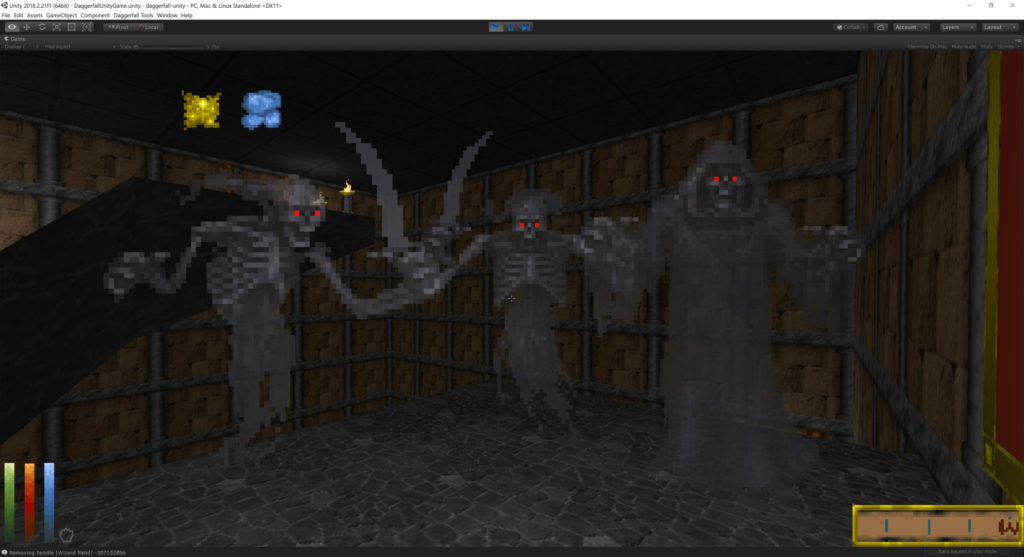 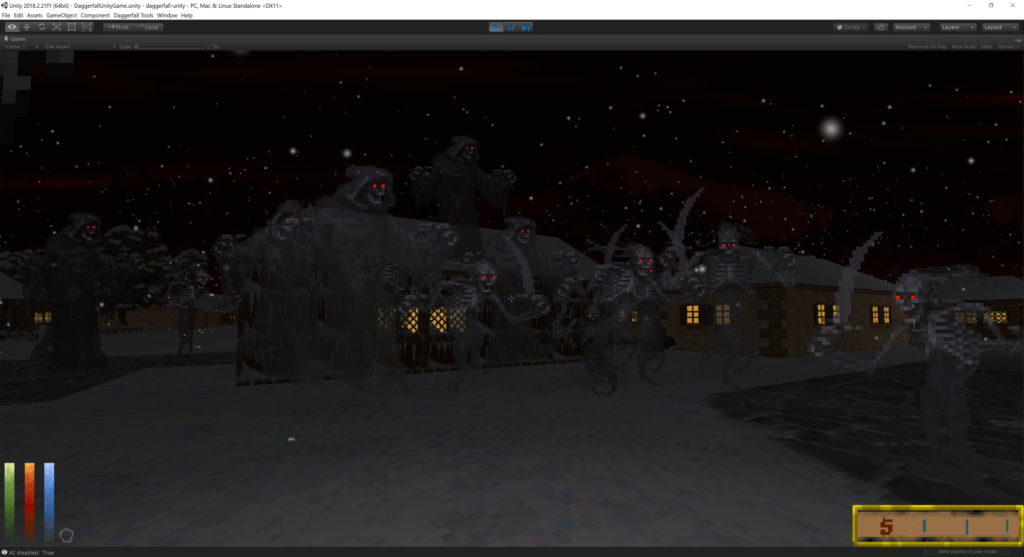 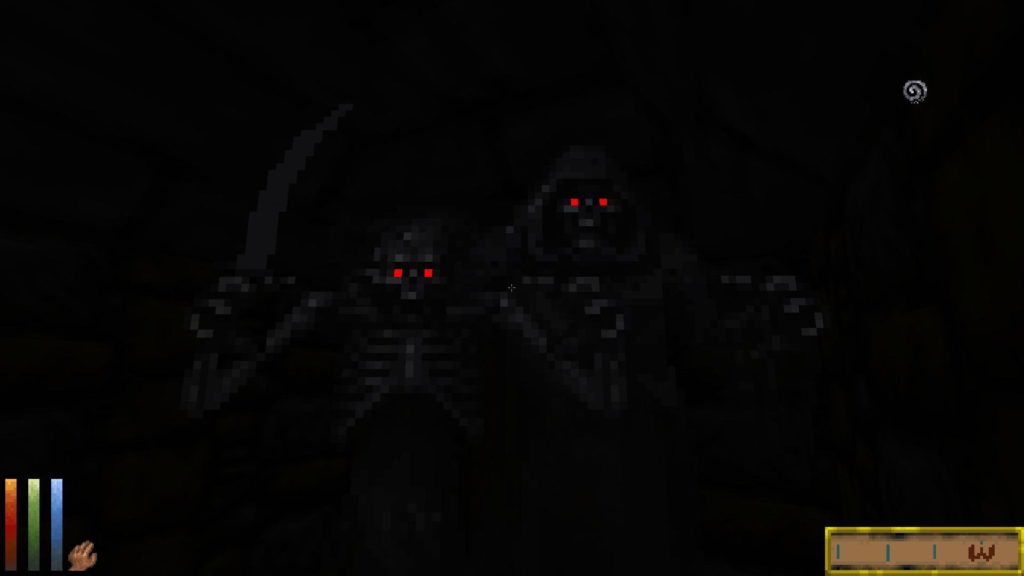 In classic, the Daedra Seducer can transform into a winged enemy. This transformation is now implemented in Daggerfall Unity, making the Seducer an even more formidable encounter. 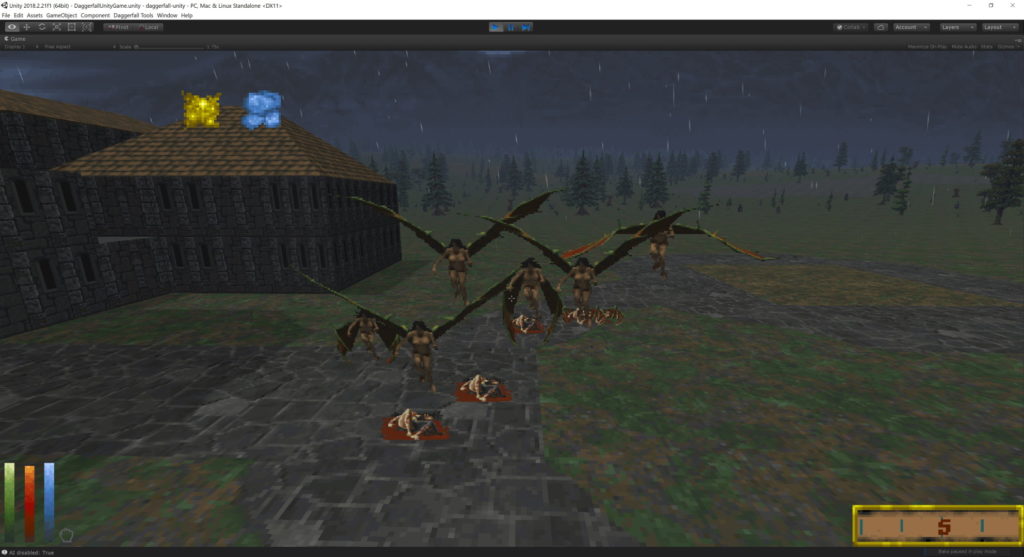 Something worth noting is that classic lacks any sprites for winged-form Seducer from any orientation other than facing player. This isn’t a problem in classic as enemies will only fight player, but in DFU it means the winged Seducer cannot turn to face other enemies (as that art doesn’t exist in game data). For this reason, winged Seducers will not participate in infighting if that option is enabled. The humanoid form has these facing sprites and will continue to participate in infighting as before. 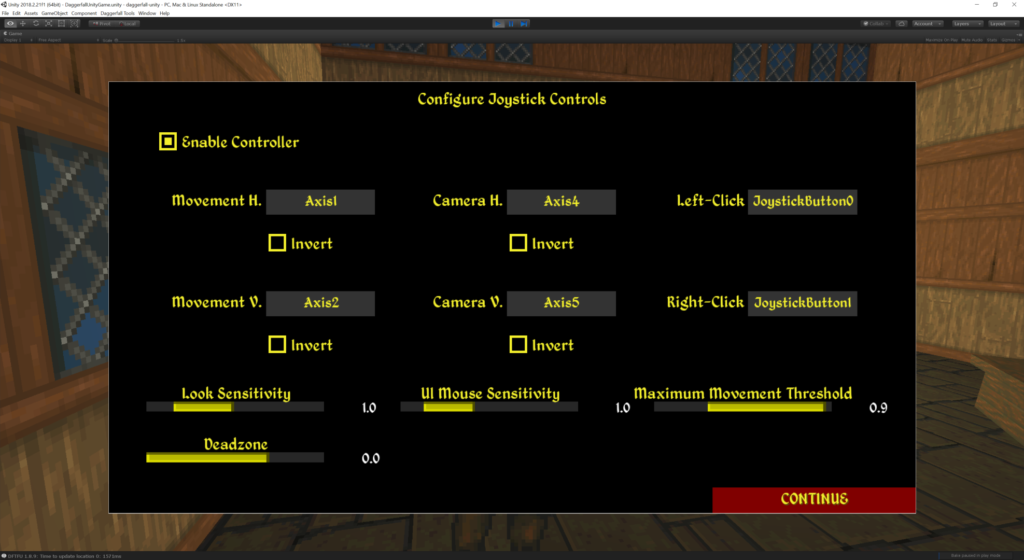 In case you don’t notice jefetienne’s other general fixes below, he has also fixed several problems with joystick and mouse compatibility introduced in previous release. These two input methods now co-exist more peacefully.

If you’re tired of holding down shift to run, there’s now a new autorun key binding available. Bound to Middle-Mouse button by default, this will toggle autorun on/off. You can also stop autorun by hitting the “backwards” keybind. The autorun keybind can be changed in jefetienne’s reworked Advanced Controls menu. 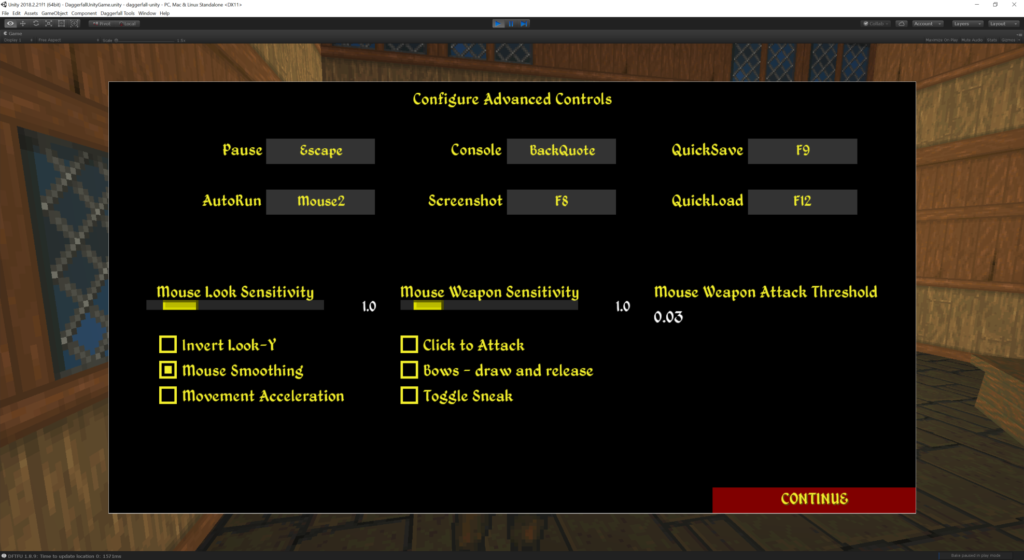 Adding and removing mods can be tricky business. Sometimes a mod will add changes to your save game that break compatibility once mod is removed. This change by jefetienne will save mod loadout with your save games and warn you when loading that save against a different mod loadout. You can still continue and ignore the differences.

After discussions with colour blind forum members, Pango has added an option to draw outlines around travel map dots to increase their general visibility. This can be enabled at startup from Advanced > Interface > Outline regional map locations. 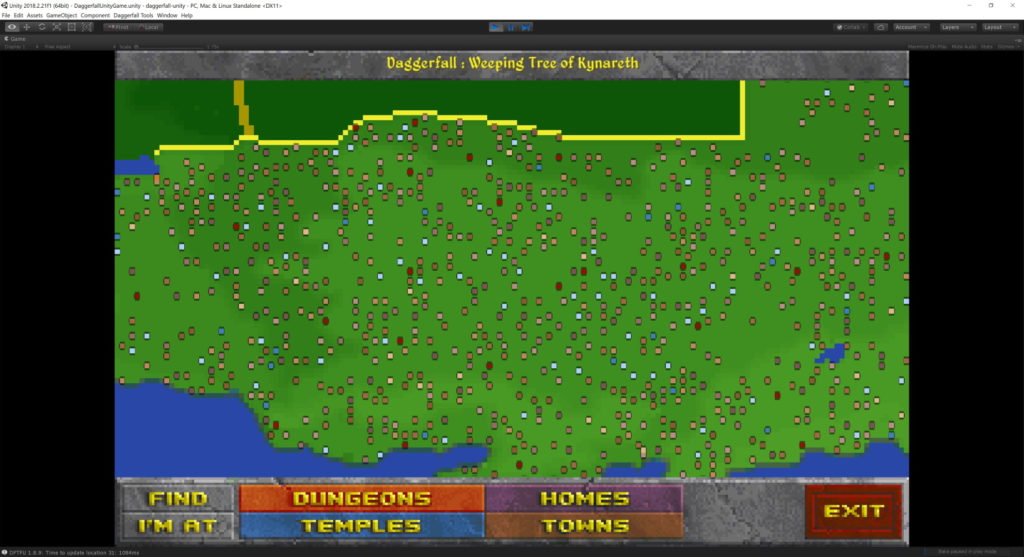 Vampires of Daggerfall – take heed! From 0.10.24, your guild reset has finally been implemented by Hazelnut. This means your bloodsucker will reset guild memberships after upgrading, as they would have when turning into a vampire initially. This doesn’t change your reputation with anyone, just memberships. You’ll be able to rejoin your guilds right away and raise in ranks again quickly.

The main problem is Thieves and Dark Brotherhood. Just like classic, there’s no way to re-join them in game if you have already. We’re looking into solutions for this design flaw carried over from classic. In the interim, you can use the following console commands to rejoin as a vampire. These are case sensitive.

If you’re cured of being a vampire, all your previous memberships will be restored. If you get infected with vampirism again, you’ll go back to the memberships you maintained as a vamp. It’s like you’re two different people. Kinda. Just roll with it, it’s Daggerfall. 🙂