Daggerfall Unity Is On Nexus

In case you missed this one, we now have our own Daggerfall Unity page on Nexus. The number and quality of mods has been growing steadily and there are some real surprises in there. You should explore this page yourself to see the amazing work done by our community, but here are just a few highlights.

Most of the updates since the last article in November 2019 have been bug fixes, but some new features have made it into the game as well. I can’t cover everything, but here’s a quick recap of some key new features:

Screenshots – Thanks to new contributor jefetienne, you can now take screenshots anywhere inside the game using the F8 key. They will be saved to your persistent data path (same area as Saves, settings.ini, etc.) into a new folder called “Screenshots”. 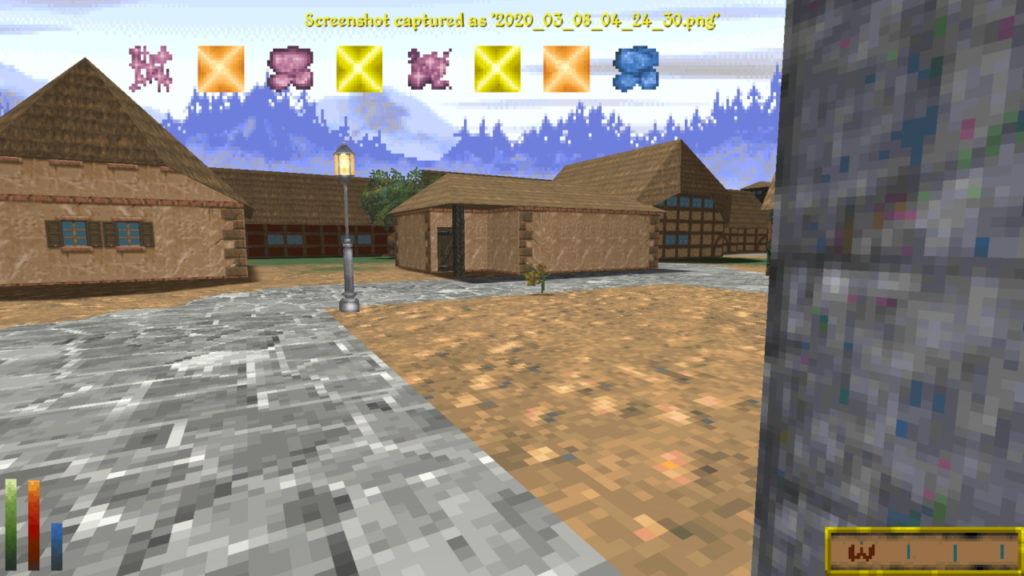 If you want to disable the HUD for your screenshots, use Shift+F10 to toggle HUD visibility.

The screenshot keybind can only be changed manually at this time, but jefetienne is also working on the new keybinds UI that will allow some of these bindings not present in classic (so not on the classic keybind UI) to be changed inside the game.

Equip a bow in left hand only – Enabled from an option at startup, Hazelnut’s new feature tweaks equipment handling so you can equip a bow and a one-handed weapon at the same time. This makes switching between bow and melee much faster to give archer/melee hybrids that extra “edge” in combat when their enemies get too close. 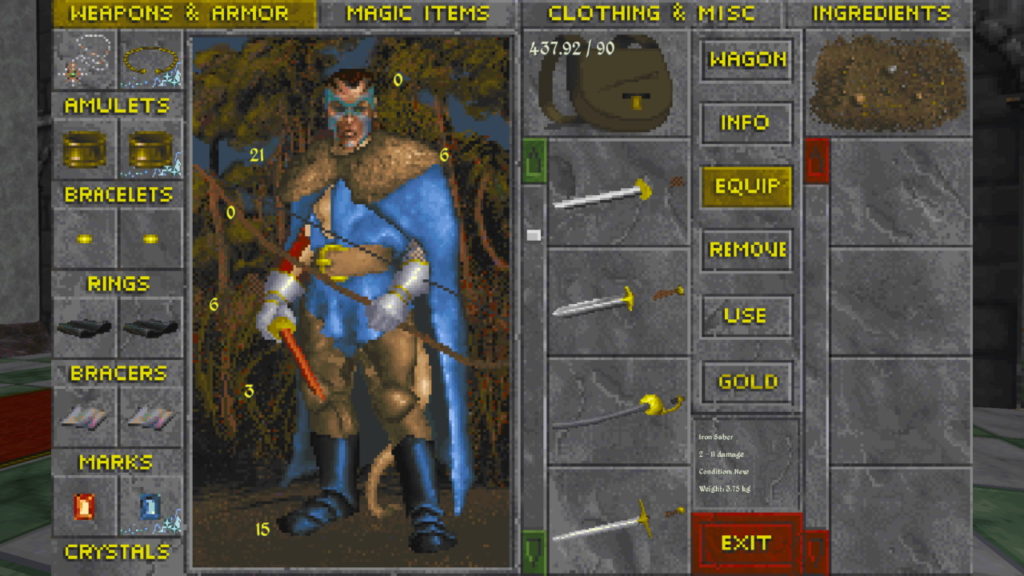 This is what we call a click-saver QoL enhancement. It just saves you all the steps of going into inventory to swap between bow and melee and simply alternate between these weapons with the “swap hand” key (H by default).

There’s some cool stuff coming up on the horizon. I’ve dedicated March to start building out the localization features more completely, jefetienne is working on initial gamepad support and new keybinds UI, and there are already more bugfixes waiting to approve.

We’re also getting very close to upgrading project to Unity 2019.4 LTS (once available) and switching over to a linear lighting model. The first change will update Daggerfall Unity’s engine baseline for the next couple of years, locking that version in for mod creators. The linear lighting change will unleash several subtle improvements to the lighting appearance in DFU, while related changes will remove the minor “material shine” users might notice when playing Daggerfall Unity with classic textures.

Once the localization features and new keybinds UI are locked in, I’ll shift focus back to the large HUD and the final few Alpha items remaining on the roadmap. We’ll be hitting Beta releases later this year and finally seeing the light of 1.0 coming up shortly afterwards. After almost 5 years in development, this wonderful journey is entering its final stages. Congratulations to everyone that has helped this game come so far. I’m looking forward to discovering what the future will bring.